You would like to be active on the 9th of November, but you do not really know how? UNITED has got your back! Each year we collect a list of our partners innovative activities and ideas for action. Below you can find a broad range of things to do. You will be able to find something for each existing level of capacity, ranging from individual action to group action. If you do not have a safe space or room at your disposal, you can also find events to perform on the streets. Always remember that these are just ideas and proposals, we invite you to shape them how you like and mix and match your favourites! So, let’s get started:

BE UNITED ON THE STREETS

Going on the streets is a fantastic way to promote civic action and spread the message. Just be safe and make sure to check the legal requirements of your country before planning.

BE UNITED IN A SAFE ROOM

If you have a room or a facility at your disposal you might be able to do a range of different things together with people. 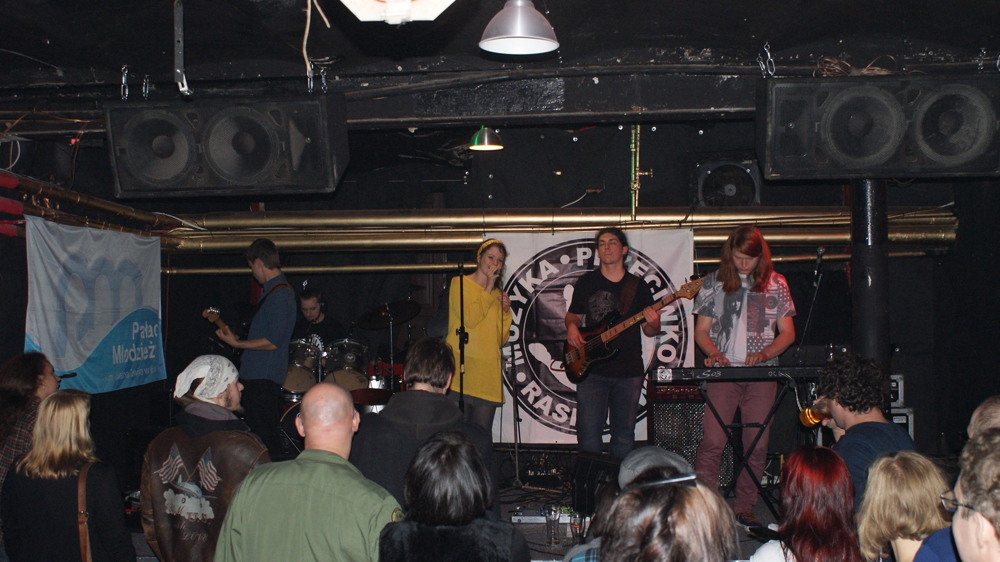 The Julian Tuwim Youth Palace in Łódź, together with the “NEVER AGAIN” Association, organised the sixth “Różni i Równi” (“Different and Equal”) concert. This event was held as part of the “Music Against Racism” campaign. The aim of this annual concert is to promote young musicians from the Łódź region and to propagate the idea of fighting against racism and antisemitism. There were other concerts connected with the International Day Against Fascism and Antisemitism, organised under the “NEVER AGAIN” Association’s motto of “Music Against Racism”, in Warsaw, Świdnica, Ząbkowice Śląskie, Dzierżoniów, Gliwice, Oświęcim, Oświęcim, Oświęcim, Piła and Rzeszów. 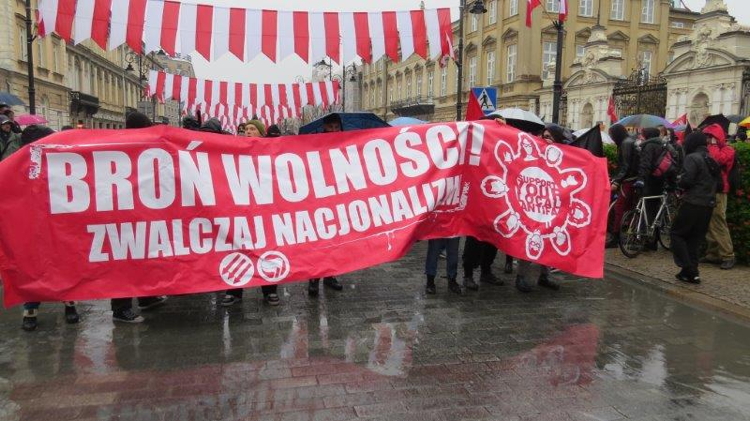 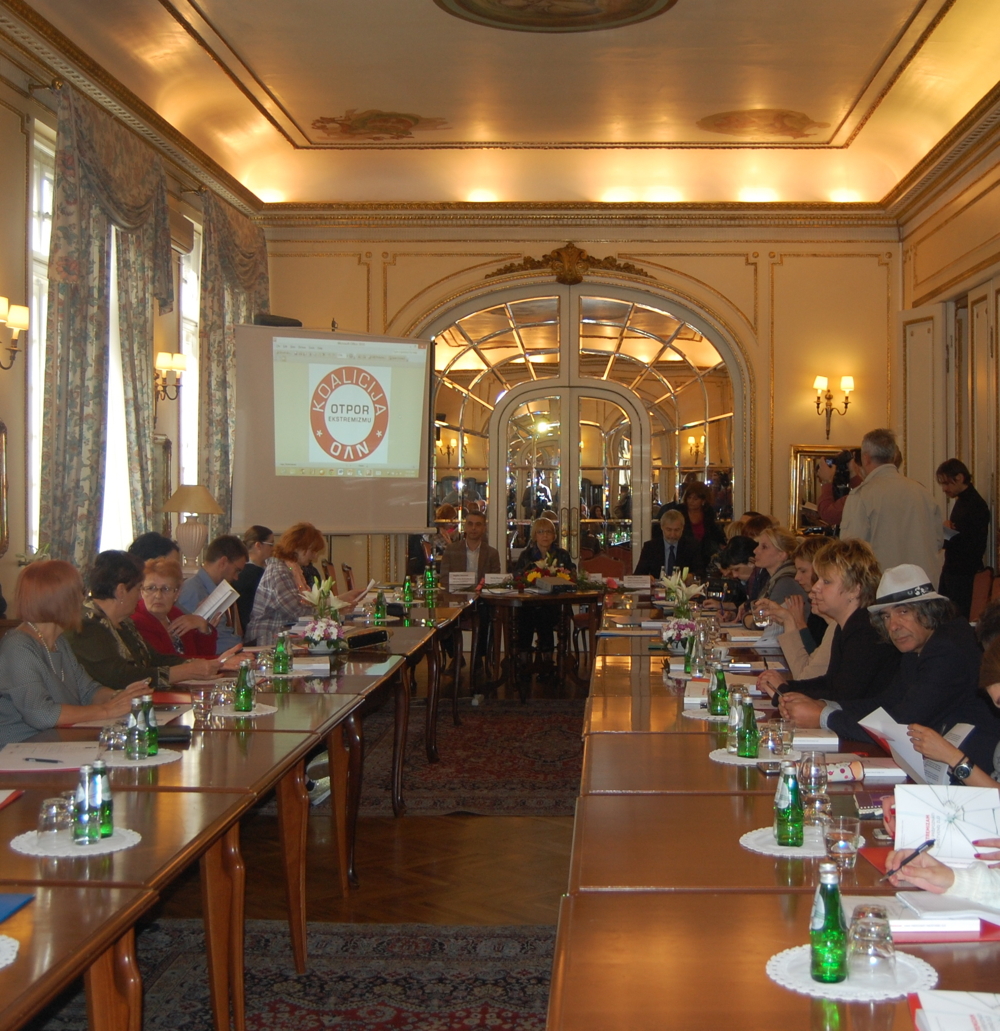 The round table discussed legislation and practice for countering violence, hate speech and hate crimes, women rights vs. ideology of right-wing extremist organisations, the relationship between rightist organisations and the Serbian Orthodox Church, and common targets and motives of right-wing violence. In light of a series of debates on right-wing extremism the committee held in Vojvodina throughout 2014, the round table specifically focused on tolerance and intolerance in Vojvodina. President of the Assembly of Vojvodina’s Committee on European Integration and Interregional Cooperation Maja Sedlarevic, President of the Independent Journalists’ Association of Vojvodina Dinko Gruhonjic and politicologist Pavel Domonji addressed the issue.
Authors of the publication (politicologist Pavel Domonji, sociologist Srdjan Barisic, lawyer Ivana Stjelja and historian Milivoj Beslin) launched the publication “Extremism: How to Recognize a Social Evil”, which was then distributed to all the participants. Executive director of the Helsinki Committee for Human Rights in Serbia Izabela Kisic presented the goals of “Resistance to Extremism”, a newly established coalition of nongovernmental organizations.
The round table was organised under the project “Civil Society Initiative against Hate Crime and Hate Speech” the Helsinki Committee has been realising with the assistance of the Institute for Sustainable Communities.

This concept engages groups of young people from different cities in Moldova and Ukraine, among others, with their local history, encouraging them to think critically about sites and monuments they may not have even noticed before.
By participating in a short workshop (between 2-7 days) young people research the history, architecture and significance of local landmarks, they first visit them and then get to work on making a short documentary about their findings. During the project, participants not only learn about places of historical importance, but also involve others in the learning process, which importantly encourages them to reflect and critically examine how these monuments relate to the present. The final results of the project, a short film-clip put the monument in a context, detailing its purpose and intention, any controversies surrounding it, but it also features interviews with local people who pass by the site, exploring their views on the monument; how much do they know about it? What is its effect? Is it still relevant today?
Participants acquire practical skills to share their knowledge and engage the public through filming and editing the short documentary. These films make a connection between past and present and generate wider discussion on how local communities deal with their history.
www.annefrank.org

List of movies used by UNITED members during their actions

BE UNITED WITH SPECIAL CAPACITIES

This is a list of actions that normally need special capacities and spaces in order to perform them..

A short guide that can help you make a real difference. In this leaflet there are explained six examples of teaching methods that can be used for group work and group projects in the field of Holocaust education.

Radio Euro-Mernet organized a talk in 2017, you can listen to it here.

This is possibly the most well-known of such a project, connecting present space to its past through individual victims of nazism. The concept is very simple: a small cube, the size of a cobblestone, is covered in brass and engraved with the details of the victim; their name, dates and place of birth, death and deportation, depending on how much information is known. This memorial is then inserted into the pavement outside their former home or workplace. The project was started by Demnig in Germany and now it has extended to many countries, including Italy, Hungary and Austria. Over 30.000 Stolpersteine have now been installed across Europe.
The German word “Stolperstein” means an obstacle, something “getting in the way”. Figuratively, pedestrians on their way to a given destination stumble across the stones and this unexpected interruption develops historical understanding.
The Stolpersteine keep alive the memory of those who were persecuted and killed during nazism: Jews, Sinti and Roma, homosexuals, disabled people, members of the resistance during World War II and many more. Realising the project over the long term requires active cooperation between many different groups in civil society, which plays a big role in its success. Private individuals, schools, volunteers, NGOs, contemporary witnesses and relatives of the victims contribute either by donations (each Stolperstein is sponsored), researching biographical details, or maintaining and cleaning the memorials.
www.stolpersteine.com

The Helsinki Citizens’ Assembly – Vanadzor Office have produced a very strong and outspoken video that can be seen here:

The message of the video is that even though fascism is a disputed term, there are certain associations connected to it, and it has taken root in many societies over the past century. Fascist groups and ideologies severely endanger individuals’ needs and rights. Consequently it seems very important to speak up against discriminative and oppressive speech and behaviour towards individuals or groups. We should all have the right to express ourselves freely as well as to choose our own lifestyles, as long as no one else’s rights are violated. We strongly feel that no human being should be discriminated against because of his or her beliefs, sexual orientation, identity or heritage. This short film is intended to raise awareness of the fact that many people’s rights to freedom of speech, life, liberty security, and freedom of sexual orientation and gender identity as well as many others, are still seriously violated. To show that those voices have to be raised, but are still endangered when speaking up in public, anonymous voices were used to declare human needs and demands. All our voices have to be heard!