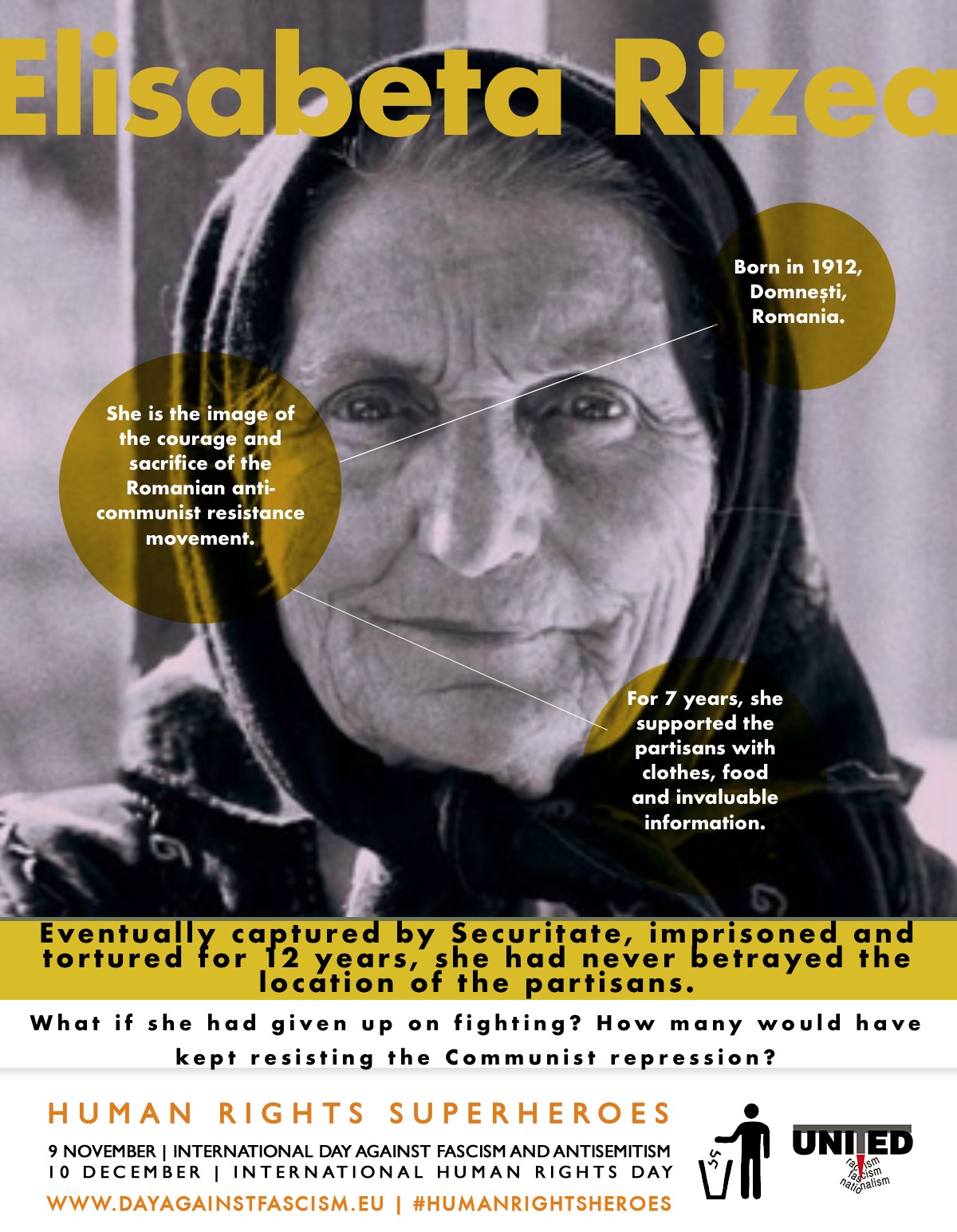 Anti-communist and anti-Soviet resistance groups started to form in the Romanian mountains in the late 1944. The movement gathered soldiers, students, peasants, workers, who were forced to hide in the Carpathians, where some stayed for ten years, fighting the repression.
However, it wasn’t until the overthrow of Nicolae Ceauşescu in late 1989 that details about the movement were made public, and Romanians found out about the invaluable participation of women in the resistance. The iconic figure of the sacrifice for a principled life was a peasant- Elisabeta Rizea from the village of Nucşoara. She remained on the side of those who fought for justice and truth, helping them as best as she could: she gave them food, clothes and information and protected them from their enemies.
She paid for that serving two sentences in jail (a total of 12 years).
As she later revealed, during the years of investigations, she was tortured in unimaginable ways and was even offered bribes- but she never abandoned the cause.
Moreover, after serving her first 6 years sentence, she returned home and continued to secretly help the movement, fully aware of the risks. That got her back to jail,but she never betrayed any of the partisans.
On October 6, 2003- at age 91, Elisabeta Rizea passed away, leaving a trace of dignity in Romanian history. It is an example of how a person can be tormented, but never defeated.

This profile was submitted by Oana Elena Redinciuc of ICAR Foundation.

Find out more about the campaign, and how to submit your own profile, here.